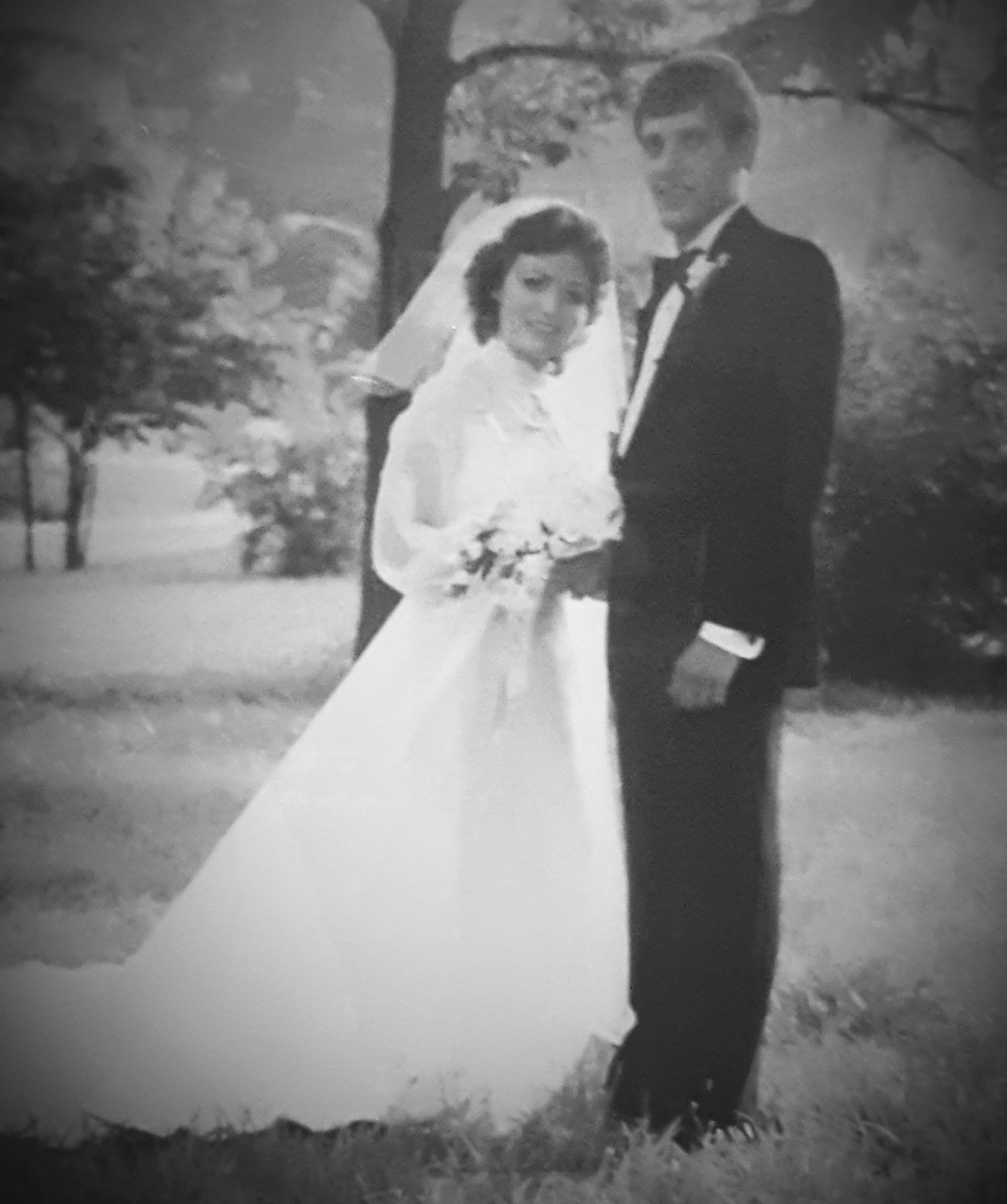 On a very hot, July day in 1983, I said, “I do” and equally significant, he said, “I do” as well.  We didn’t have a clue but we loved each other as best we knew how in that moment.  We were willing to put it all on the line and commit our lives to each other in this thing many call, holy matrimony.  Truth be told, I think  one of God’s plan  in marriage is to make us more holy.

Somebody recently asked me,”How’d you do it?”

Roger and I are about as different as they make ’em.  Our backgrounds are similar in that we both grew up in pastor’s homes with a daily infusion of God’s word but other than that, we’re poles apart.

I worry about everything.  He worries about nothing.

I like to dress up. He’s a shorts and t-shirt kind of guy.

I love air conditioning in the summer.  He can go through an entire muggy, 90+ summer   and never once feel the need to press that A/C “on” button (as long as there’s a box fan around, of course!).

We’ve decided our  common ground is …our love for God, our kids and grands and the beach.

Truth is, the differences have been the very places God has used to make us more like Him …to shape us …to grow our hearts in patient love and grace.

When we said we’d stay together “in sickness and in health,”  I always thought sickness meant cancer, the flu, aches and pains, or major surgeries …physical sickness.  We’ve sure had our share of that; but little did I know that emotional sickness would  be the greater challenge.   Nobody tells you that.  Maybe nobody wants to tell you that.  Maybe everybody hopes it won’t happen.

This last year has proven to be a test of “in sickness and in health” for us.  Emotional brokenness laced with anxiety has caused a strain on every fiber of our marriage bond.  For that matter, it’s caused a strain on all of my close relationships at some level.  Some will recover.  Some …maybe not.

I hate that part of the equation.  It often feels my “weight” is tipping the scale to its maximum capacity.  It’s hard for both of us to work through the panic and anxiety waves that take over —  even on the best of days.

Roger has helped me through 4 Cesarean-section child births and two other major surgeries.  I’d take that any day over anxiety.  I’ve often said a broken arm or leg might be easier because it’s something you can actually see that has solutions formulated into 1,2,3 steps.  Emotional issues don’t wrap up quite as nicely.  There’s no perfect bandage.  No  one-size-fits-all cast.

Issues are deep and complicated and hard to unearth.  The layers seem endless at times and the waves seem to wash over the freshly cultivated soil where peace was recently planted.  Patience is stretched into thin spaces.

“Happy Anniversary… Happy, in moments, but hard, in stretches.  Really hard.  The waves of anxiety have pounded the soft sand of your heart, threatening your beautiful beach.  And you have come to me with waves of sandy questions, desperate cries for reassurance.  You have brought them to me, trusting the one who smiled and said ‘in sickness and in health’ thirty-four years ago.”

Life isn’t always easy.  Marriage adds another dimension to that.  It has the potential to be the greatest gift in life and the toughest ground of testing all at the same time.  There will always be seasons in which one seems to outweigh the other as if both were on a seesaw in a constant effort to stay balanced.  Unlike the church aisle on a wedding day, the path isn’t always paved with petals.

Roger woke me up this anniversary morning with a large mug of hot coffee in one hand and his laptop in the other– with the song , “Still the One” by Orleans streaming through.  Love restores balance to the seesaw of  our lives.  It reminds me that we’ve been in this together since “way back when” and we’re staying in this together until who knows when!  It steadies the ship.  Loving through the waves each season might bring.  The happy and the hard ones.

He’s loved me through my rough patches.  I’ve loved him through his.

The more we cling to God, the closer it draws us to each other.  It always seems to work that way.

And somehow, by God’s grace, we’re “still the one” for each other. I’d choose my man all over again.  He’s one of the best things that has ever happened to me.  And maybe it’s as the song goes, “Changing, our love is going gold.”  In sickness — emotional or physical –or in health, God is forging something holy and good in the process and …It. Is. Good!

And to that one out there who feels like you’re weighing down the seesaw with your own weaknesses, I understand and I want you to know that God is sitting in the middle of it all.  His love is working something deeper within you than you can imagine.  He’s also shaping something  in those you love who are walking with you.  It’s a needed  part of their story that will develop  deeper compassion and patience and enduring love.

God’s love never fails.  What He started in you, He’ll see you through.  He often does His greatest work in our weakest places.  Don’t give up.