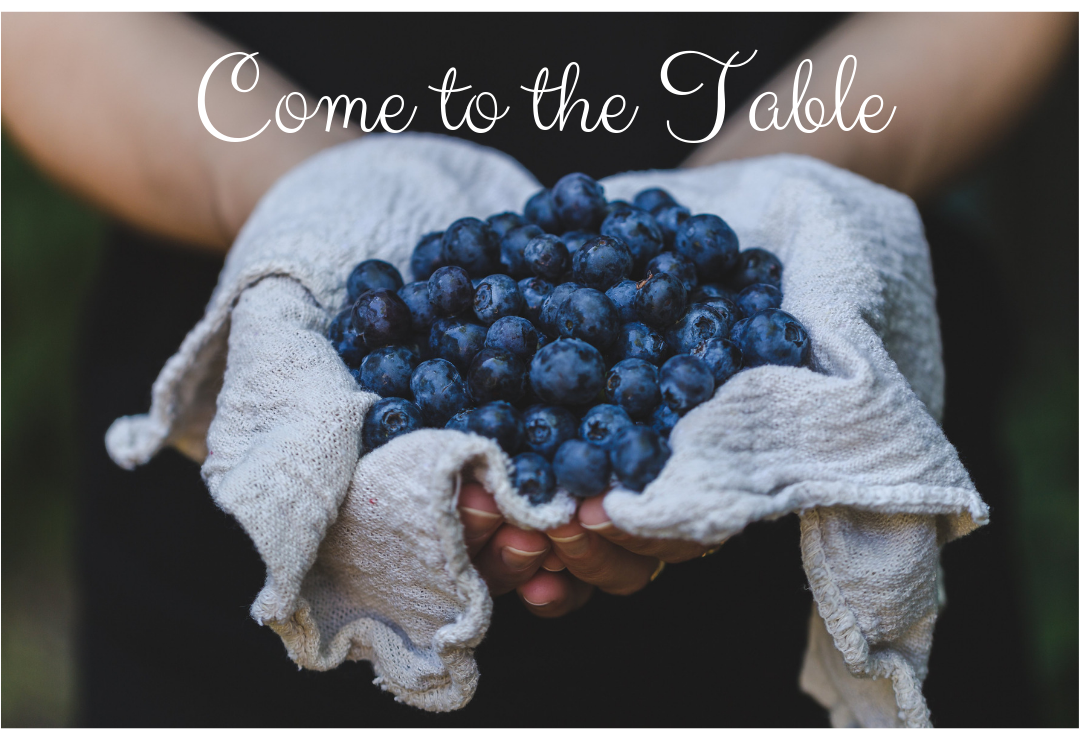 The first time I met him was on one of my usual walks  … weaving my way through our neighborhood much like water weaves its way around rocks and roots as it flows downstream.  Walking it out with Jesus.  Asking Him to show me His glory.

My mind had been lodged on this idea of “coming to the table” in preparation for celebrating communion.

You see, there’s a little band of prayer warriors who meet at our little cottage on most Tuesdays at noon who have been an anchor for me through many-a-storms.   This sweet group of faith travelers felt like it was time to share the intimacy of worship in celebrating the Lord’s table together.  After all, we’ve been crying and praying together for over 2 years now.

Considering the fact that we are a beautiful mix of Catholic, non-denominational, Baptist,  Church of God in Christ,  and  Seventh Day Adventist, it seemed a good idea to  see how the group would feel about that —-given the different religious backgrounds.

What I found out was that praying together has a way of uniting us.  Trust is built in relationships as the love of Jesus binds our hearts together in true family love.  Differences disappear.   Love unites.  Jesus is our foundation and nothing else matters.

One loaf.  One body. 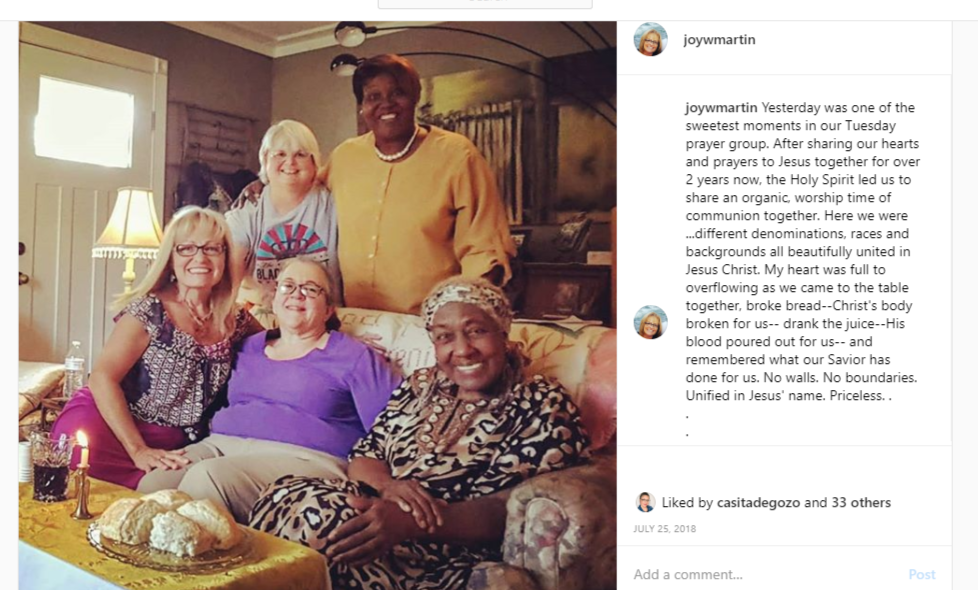 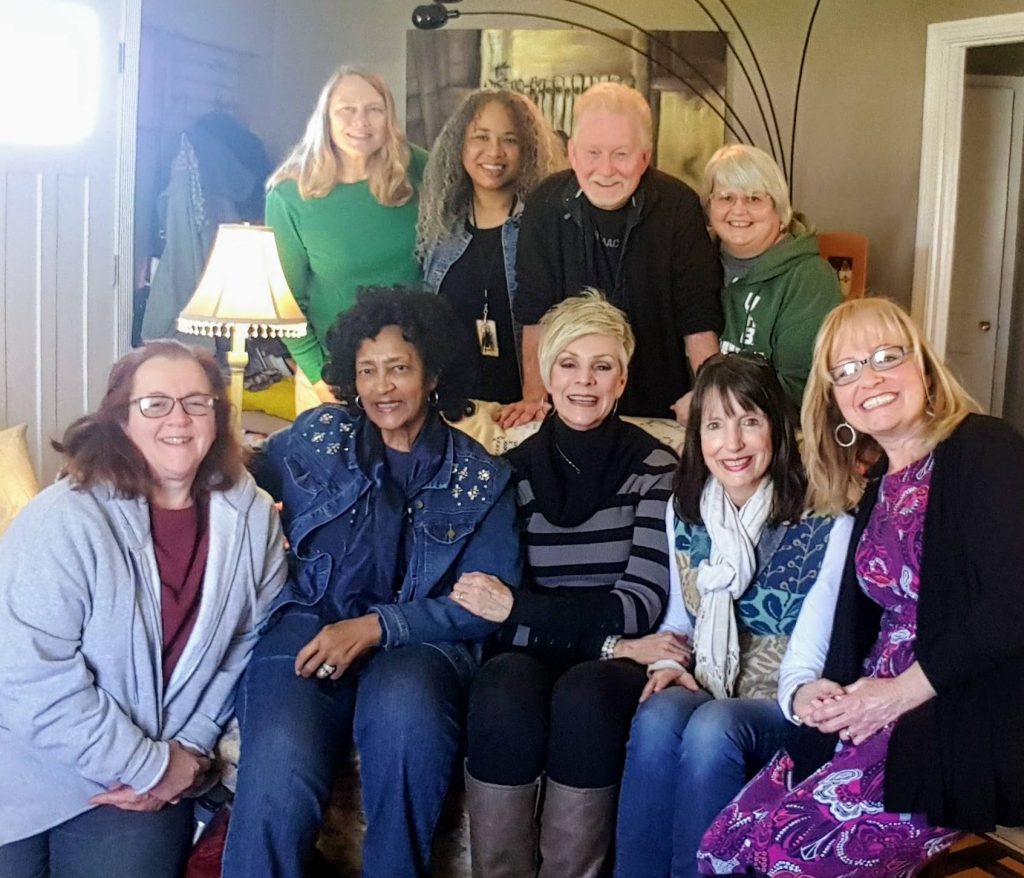 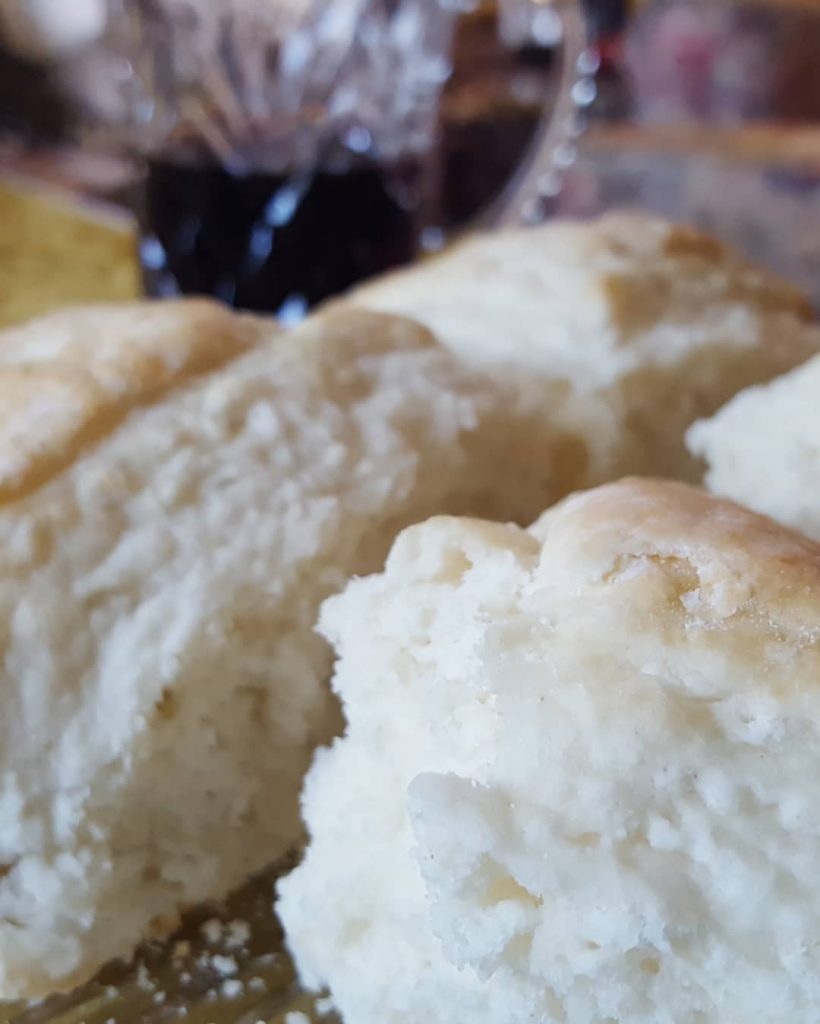 But I  wanted to make sure I was doing it right …communion, that is.  It had always been the pastor or elder leading in communion.  I wanted to honor God but I also had this twinge of “is it okay for just anybody to officiate communion?”

And in preparation to come to the table, the Holy Spirit began to share His “table”  thoughts with me …

“Jesus often used domestic settings to rearrange the social order. Nowhere was that truer than with the meal—with whom, where, and what he ate. This is still true today, more than we might imagine … Jesus’ constant use of table relationships is perhaps his most central re-ritualization of what family means. Note that he is always trying to broaden the circle (see Luke 14:7-24 for three good examples).” (Richard Rohr — The Shape of the Table) 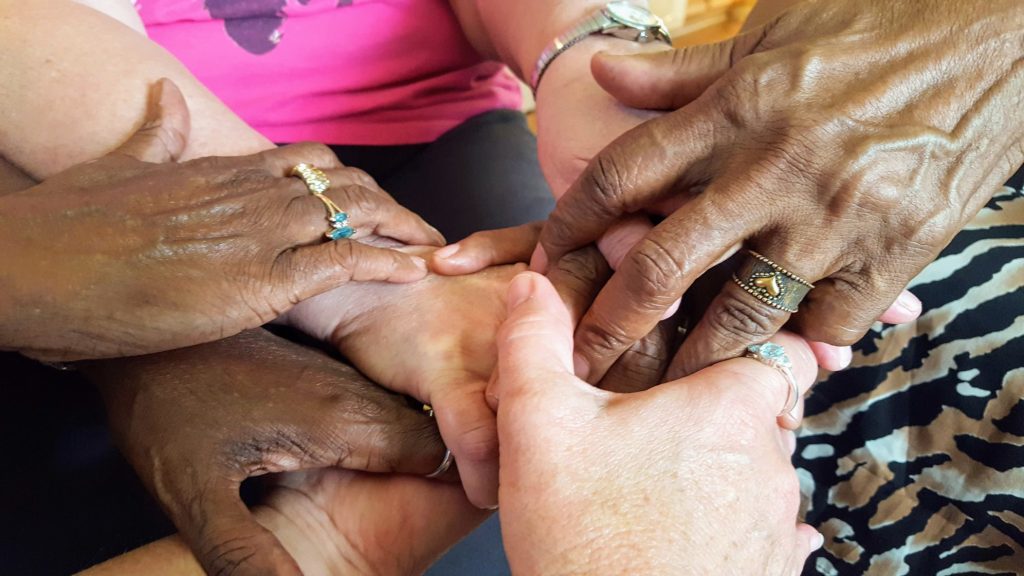 Jesus is always inviting us to “Come to the table” …

Good things happen when you come to the table …

God prepares a table before us (even in the presence of our enemies!) …

He feeds us at the table…

Our cup overflows with joy!

Thoughts of coming to the table were fresh on my mind that day  as I saw Frank  approach me on the sidewalk.  Given his appearance, I was pretty sure he was one of my homeless neighbors.  Scruffy beard.  Disheveled. That weary look in his eyes.

“The Lord bless you and keep you;  The Lord make His face shine upon you, And be gracious to you; …And give you peace.” ’

I stopped and shared this blessing over him.  He was a bit surprised and asked if someone had “sent” me to speak to him. I assured him I was just walking and felt compelled (perhaps by the Holy Spirit) to speak a blessing over him.  He wondered if I was worried about what other people would think of us talking together — a black man and a white woman on the sidewalk.  I wasn’t.

Then the thoughts of  communion at the table began to flow out of my mouth and before I knew it I told him that Jesus was inviting him to His table …that there was a seat at the table with his name on it.

“Where is this table?” Frank asked.

We were literally standing on the sidewalk  between 2 churches and all I could think to say was …”on my front porch with my husband, Roger.”  Truth is, I wasn’t sure who would invite Frank in to their table but I knew Roger would.

Our front porch had become a table of grace.

I saw Frank again the other day and his smile reached from one side of his face to the other.  I told him I was worried about him because I hadn’t seen him in awhile.

“You were worried about …me? He was thinking about leaving our city but said, “Maybe I’ll stay.”

And I think our Father in heaven might be adding to my table thoughts reminding me that as He invites us to  come to the table, we should always “say grace.”  Grace received.  Grace given.

Jesus is always inviting us to come to the table.  There’s room for you because He keeps making the table bigger so all of us can sit together with Him.  All united in the Father’s love around His big table.  All equal in His sight.  Joining hands as we “say grace.”  Sharing a meal as brothers and sisters.

It’s at the table we become family and finally feel at  home.

Come to the table.  There’s a place set for you.  Our Father is waiting for you to join Him.

And my own sidewalk conversation has me singing this song …

Listen to the Sidewalk Prophets sing “Come to the Table” HERE